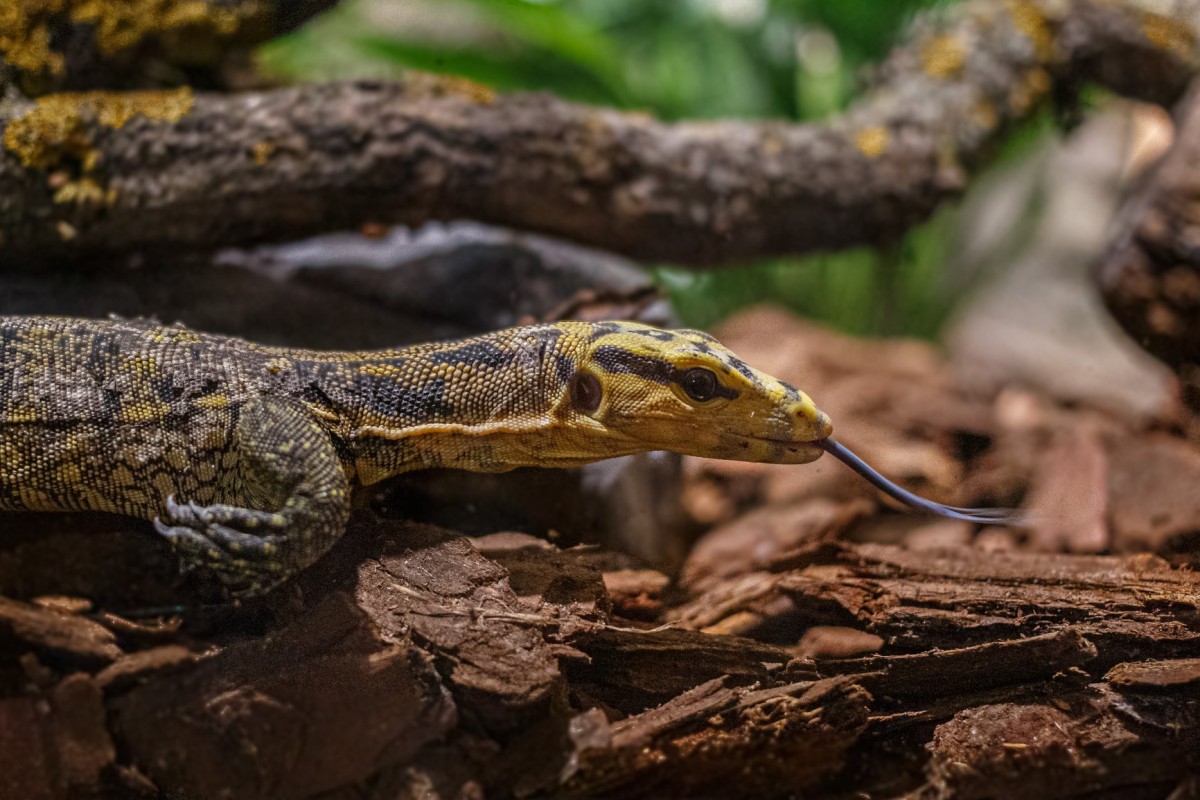 It is now considered tradition that the Debrecen Zoo unveil an animal exhibit at Night at the Zoo every year. Following their Indian pythons’ introduction to their new holding facility last year, this year’s event featured yet another exotic reptile as visitors got a first peek at our newly acquired yellow-headed water monitor. The 8-month-old lizard of unconfirmed sex will soon be moving to its permanent exhibit in our Palm House.

Native to Mindanao and nearby small islands, the yellow-headed water monitor (Varanus cumingi), also known as the Philippine or Cuming’s water monitor, is one of the larger monitor lizard species; which, along with a color combination of black and yellow, also makes it one of the most impressive-looking. In the wild, it prowls the shade of trees near water bodies, preying on birds, fish, smaller lizards and rodents or larger crustaceans. Its Latin name is in honor of 19th-century English collector Hugh Cuming – just like the names of several other reptile and plant species native to the Philippines.

This species is a particularly rare sight at zoos, with our institution as the only one keeping it in Hungary and a total of 15 worldwide. Since it is relatively easy to tame, it makes a popular pet, especially in the USA. With a notable decrease in its numbers in the wild due to overharvesting, it is now included in the International Union for the Conservation of Nature (IUCN) Red List of Threatened Species.